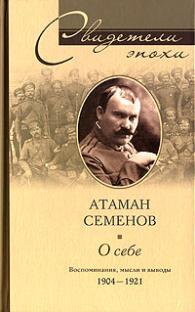 
After discovering a secret group’s plot to destroy the US from within, William and his friends, having nowhere else to go, seek aid from a small air force base, just outside Barrow, Alaska. What they find there only further muddies their understanding of what is happening. With Barrow lost to the Order, the group travels to Fairbanks, with the hope the military base there is still standing.

Along the way, the group finds a singular living person in Prudhoe Bay. The child has no recollection of her parents, past events, including the massacre, or even her name. Worse, the girl has the same large, dark eyes and gray skin as the Grays they have been fighting since the beginning of the troubles. The girl, though, seems normal otherwise. That doesn’t make their decision about what to do with her any easier.

Needing a break from the road, they stumble upon Toolik Field Station, an out of the way research facility. As one of the characters says about it: “It’s in the middle of the middle of nowhere.” Not far enough, though. The relaxation and calm of several days of semi-normal existence come to a head when they’re attacked. It’s the betrayal, though, that leaves the greatest mark.

It’s 1961, and the white heat of the Space Race is making the Cold War even colder.

The age of global surveillance dawns.

Secret Agent Richard Knox has been hung out to dry by someone in MI5, and he needs to find the traitor in their midst.

Meanwhile in a closed city outside Leningrad, top Soviet Scientist Irina Valera discovers the secret to sending messages through space, a technology that could change the world.

But an accident forces her to flee.

Desperate for a way back into MI5, Knox makes an unlikely ally in Abey Bennett, one of the CIA's only female recruits, while Valera’s technology in the hands of the KGB could be catastrophic.

As three powers battle for dominance, three people will fight to survive….


For readers of Station Eleven and Good Morning, Midnight comes an electric, heart-pounding novel of love and sacrifice that follows people around the world as they unite to prevent a global catastrophe.

When dark comet UD3 was spotted near Jupiter’s orbit, its existence was largely ignored. But to individuals who knew better—scientists like Benjamin Schwartz, manager of NASA’s Center for Near-Earth Object Studies—the threat this eight-kilometer comet posed to the survival of the human race was unthinkable. The 150-million-year reign of the dinosaurs ended when an asteroid impact generated more than a billion times the energy of an atomic bomb.

What would happen to Earth’s seven billion inhabitants if a similar event were allowed to occur?

Ben and his indomitable girlfriend Amy Kowalski fly to South America to assemble an international counteraction team, whose notable recruits include Love Mwangi, a UN interpreter and nomad scholar, and Zhen Liu, an extraordinary engineer from China’s national space agency. At the same time, on board a polar icebreaker life continues under the looming shadow of comet UD3. Jack Campbell, a photographer for National Geographic, works to capture the beauty of the Arctic before it is gone forever. Gustavo Wayãpi, a Nobel Laureate poet from Brazil, struggles to accept the recent murder of his beloved twin brother. And Maya Gutiérrez, an impassioned marine biologist is—quite unexpectedly—falling in love for the first time.

Together, these men and women must fight to survive in an unknown future with no rules and nothing to be taken for granted. They have two choices: neutralize the greatest threat the world has ever seen (preferably before mass hysteria hits or world leaders declare World War III) or come to terms with the annihilation of humanity itself.

Their mission is codenamed The Effort.